Dear collegues,
I am writting to you as far as we all participated in the seminar on LGBT strategic litigation organized by ILGA-Europe.

In one of the Russian regions, Arkhangelsk oblast, the draft law on prohibition of propaganda of homosexualism among minors was proposed to the regional legislative body. This draft threatens a bundle of human rights of the LGBT individuals, community and organizations as far as its adoption could lead to prohibition of any events and activity aimed at defending of LGBT people's human rights. Even without such law in Arkhangelsk oblast occurred several violations of LGBT human rights: banning of film festival events, refuse to register LGBT human rights NGO, harassment of the leaders of the LGBT and feminist organization, hate speeches of the politicians and religious leaders. Adoption and operation of this draft could only deteriorate situation and effectively terminate any efforts to educate society about gender issues, as well as to promote tolerance and equality regardless of sexual orientation and gender identity.

The Russian LGBT Network is running a campaign against these draft laws. The drafts have been already criticized, for example, by the Council of Europe Commissioner for Human Rights.

We are asking international human rights community to draw the Russian government's attention to inadmissibility of these drafts by sending letters (by email or fax) to the Arkhangelsk Governor, Arkhangelsk Regional Assembly of Deputies, Russian ombudsmen, and the Russian Embassy in your country (see contacts below). Your letter could contain the text of the Russian LGBT Network's memorandum, extracts from it, or what you consider to be appropriate. Please inform us about your letter by sending an email to Valery Sozaev, Advocacy Manager of the Russian LGBT Network: nuntiare@gmail.com. We would highly appreciate any your support.

The Russian LGBT Network's memorandum on the draft law: 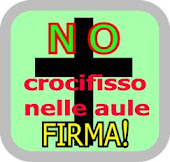 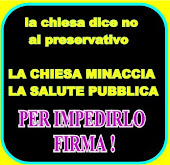